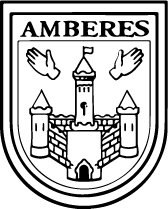 AMBERES, "Antwerp" for Spanish, exists since 1994. In 1994 Mr. Cyriel Dupain, expert in antiquities and the right hand of Mr. Alfons Van Herck, decided to set up a new auction house together with Mr. Olivier Geurts, his auctioneer and Mr. Marc Royer. In 1997 Mr. Rik Dupain took the place of his father, Mr. Cyriel Dupain, as a new manager. On 9th of May 1994, the first illustrated catalogue appeared.

More than 50.000 pieces of art are sold by the auction house each year.

2002 - Auction of the wine cellar, objects of art and movable properties wich came from the bankruptcy of Hotel-Restaurant Scholteshof (Relais & Châteaux) in Stevoort